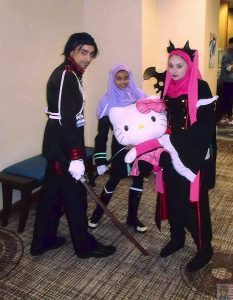 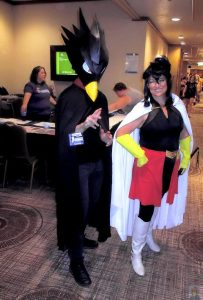 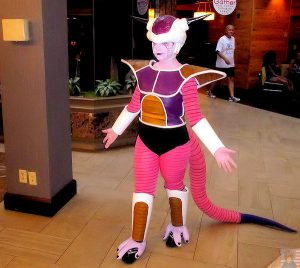 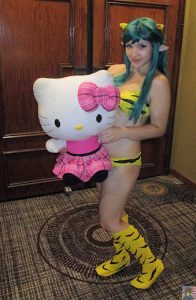 With  Newcon done, time to  plan for the rest of the year

Panels I plan or think about submitting

I plan to  bring  from  Kumoicon , Furry and Anime panel

Another panel I think and panel  to do is “ Beyond the furcon:  being a furry  at  other  conventions and  geek communities.  As you see I go to  many different fan con a year. This we discuss stepping out  and  being fur at other conventions  and  geek communities. I am looking  for  other furs  who attend other cons like Radcon, Sakuracon,  Norwescon, Ever ree NW, and other NW  fan conventions.  I am so look fur who are also involved with Anime, science and Steampunk communities. How does  one integrate furry  into other communities.

Otaku Over 25, a panel for  older fans. I have one recruit but looking  for other especially in planning and topics. I real need more than  filling a seat on a panel.

If you not heard today is free Comic Book Day. Some of the tiles maybe out of stock by now. Have learned that lesson year I head out early around 8:00am. The store opens at 9:00am. I still did some quick contacts with my hand held  on one of the ham radio repeater while I waited. I got the two titles I was looking for, Hello Kitty and Friends and Rocket Raccoon. I picked up a copy of Guardians of the Galaxy because I am interested in the movie. I wanted to do some shopping and pick up some secondary choices but deiced it was getting too crowded. I will swing back latter. 9 The true light, which gives light to everyone, was coming into the world. 10 He was in the world, and the world was made through him, yet the world did not know him. 11 He came to his own, and his own people did not receive him. 12 But to all who did receive him, who believed in his name, he gave the right to become children of God, 13 who were born, not of blood nor of the will of the flesh nor of the will of man, but of God.

14 And the Word became flesh and dwelt among us, and we have seen his glory, glory as of the only Son from the Father, full of grace and truth.

I want to wish everybody a merry Christmas. Wonder North West is a new Comic and pop culture expo in Portland. Not seeing much on the first day I only attend Sunday a decision I grew to regret by not going Saturday. Not much to say about panes except an interesting one on Pirate lore. Other than that it was more of a relax-a-con for me. I ran to may I seen at Kumoricon and Mewcon. I took Big Kitty around for the ride and she was a hit. The funniest thing I won a floor prize of volume one of the Stand Graphic Novel ; I only know because others kept on telling me.

The Good
The price only $6.00 a day or 10.00 for the weekend. The bet con value I ever head of.
Quality of the floor prizes; Wonder NW had some serious sponsorship.
Pirates: unrestrained costuming awesomeness.
Very good quality Con Book and swag bag, for a 6.00 a day convention this impressed me.

The Bad
Not enough panels, then again I let it slide for being a first year small con
Not going Saturday.

Overall this one is a gem and has some serious potential as a multi-genre convection. 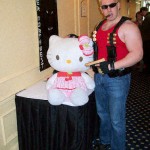 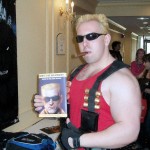 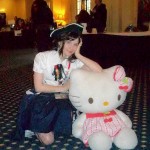 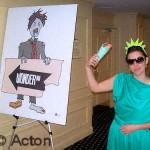 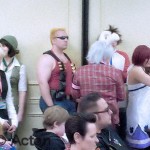 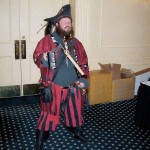 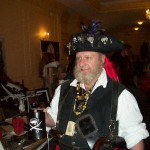 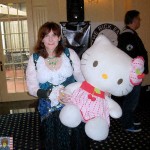 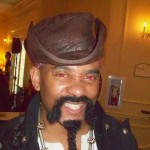 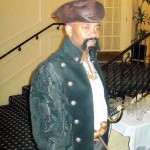 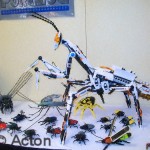