Furlandia is a first year convention in Portland Oregon. My Monster Hello Kitty plush was my companion for Saturday and Chococat, Friday and Sunday.

Friday:  I cooked and wolfed down dinner and drove to the hotel site getting there around 8:30pm. The line for registration was long and it took me over an hour.  There was a pre-con party and dance so I stayed around until 10:42pm.

Saturday: I packed my truck with the items for the Hello Kitty panel and headed back to the convention site. I just got there for the opening ceremony then went down to Drawing with Tojo panel. I position myself, or tired to for, the fursuit parade, but that was one of the glitches that occurred at Furlandia. The fursuiters decided to take another path. Furthermore the outside frolic in the hot heat had tired most of the fursuiters; there was not much to photograph or to see after the parade. It was hard to find a single fursuiter.
Later, I attended the gelato social, then I hung around and started to set up for my Hello Kitty panel; by Six O’clock I was getting nervous I did not have any people but later three showed up. Fur cons are not known for panels attendance unless it a fursuit panel, and 6:00pm was not the greatest time. If a consolation I pack up my stuff and attended the Anthro in Live Action panel which only had five attendees.
I went out to dinner at Gold Horse Chinese restaurant, the lounged in the game room until I we were chased out and then check out he rave and then called it a day.
Sunday: I head to the con site but first, in true Portlandia fashion, I had my first food cart experience, I had the Thai pork and basil stew. The stew was tasty and filling. The Drawing Fur, and Feather and Scales panel was a no show so I went to the ears workshop, unfortunately they did not give enough time to build them I go the materials for later. I caught the rest of the Variety Show, Hiss and Purr and Closing ceremony. I head out to Kell’s Irish pub for a beer and Curry Chicken and Chips. I head back and stayed in the game room until closing and checked out the dead dog party until the lights came on. I took a few pictures of stray fursuiters then called it a convention and head home.
The good: The convection layout was good and staff is friendly. Having a close in furcon I do not have to spend $600.00+ to attend a fur con.
The Bad: The hotel is a waste land for finding food, Plaid Party does not count; the hotel restaurant was non  existent. Programming dropping the ball, I think more organization could had cut down on no shows; I did not have conformation until getting the programming book on Friday
The Ugly: The Fursuit parade. It should be knows as The Fursuit Death March.  Planning went wrong and the frolicking in what was middle of nowhere  in the hot weather zapped all the energy. I say this was the worst fursut parade I attended. 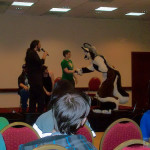 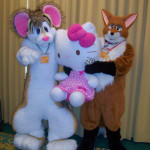 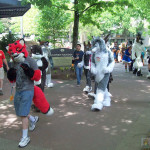 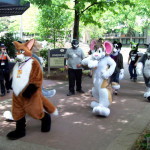 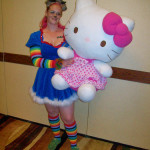 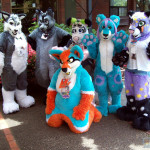 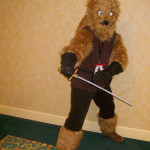 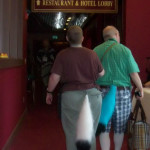 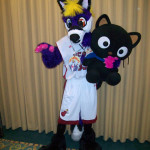 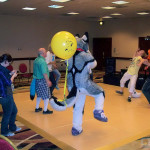 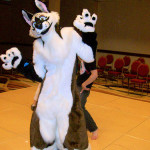 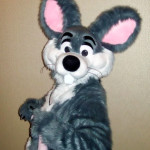 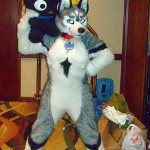 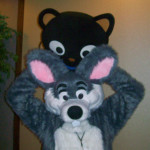